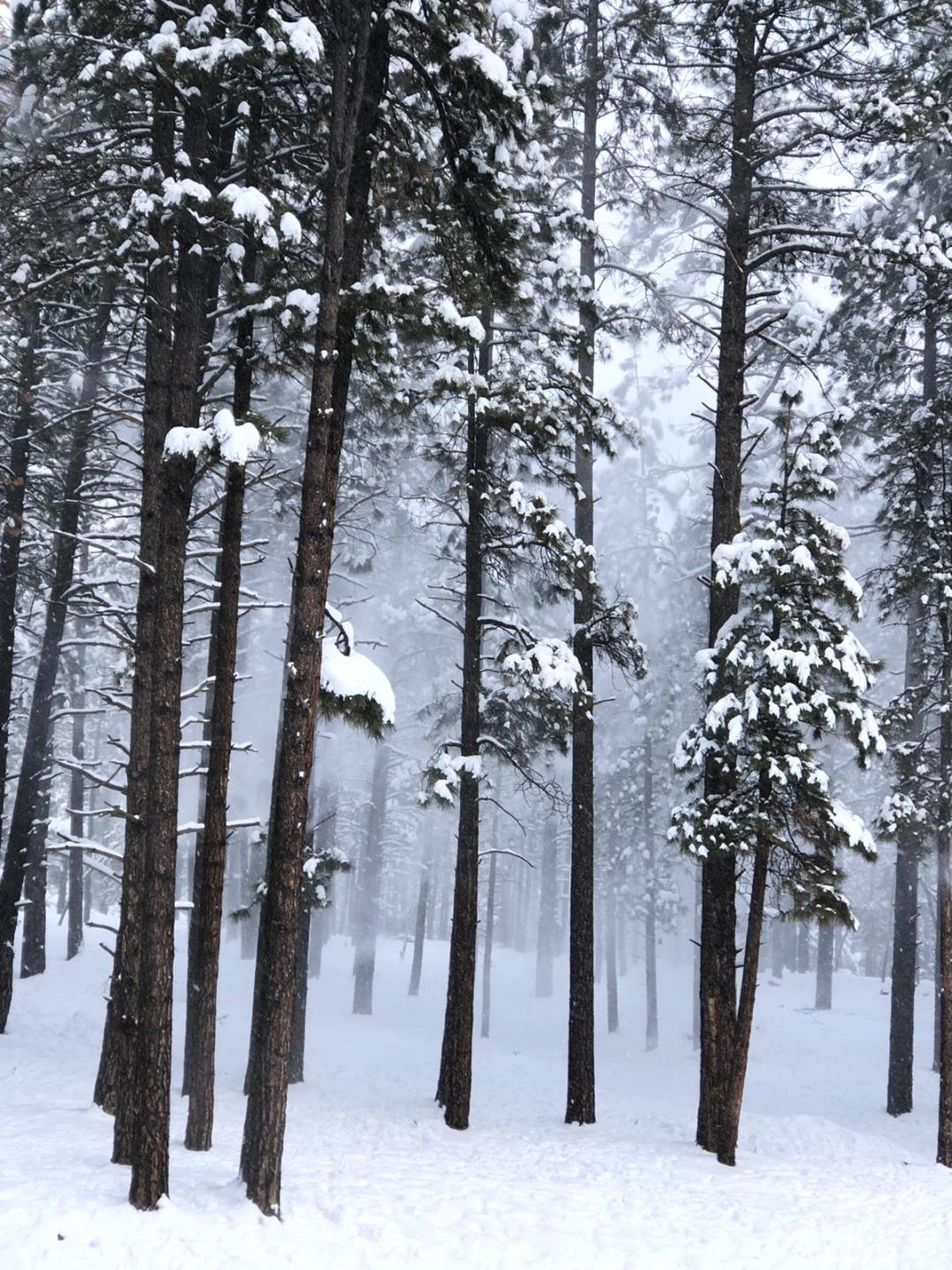 I just got back from spending Christmas with my brother and his family in Arizona, where we made the drive to Flagstaff to enjoy the snow. We wanted to go skiing, but got there too late, as all the rental equipment in the small town was gone, so instead we went sledding. It took me back to my childhood.

I grew up in Cuyahoga Falls Ohio, land of the 4 seasons. One of my fondest childhood memories is Snow Days, when school was cancelled due to the weather. We’d gather round the radio as we ate our cereal on a cold, snowy morning, holding our breath as the announcer read off a list of school closings. Wild with anticipation, making promises to God, if ours was on the list.

On most mornings, all I wanted to do was stay snuggled, warm and cozy in bed, but on a Snow Day, it was mittens and boots on and out the door.

We’d build snow forts and do battle with the neighbor kids with epic snowball fights, drag race our sleds down tiny hills and steal each other’s hats on the tiny ice skating rink.

Sometimes, it would snow heavily while we were at school and face the elements as we slipped and slid our way home. Once, with my little brother in tow we  trudged through 2 feet of the white stuff. When I got home, my mother asked, “Where is your brother?” Seems he got stuck in the snow, I found him, pulled him out and carried him into the house, my mother then asked, “Where are his boots?”, back out I went and found them buried where he last stood.

It would get frigid, with dangerously huge icicles hanging from the roof gutters. I was always aware of them, fearing them like the Roadrunner coyote fears the falling safe in those cartoons.

With each snowfall, I’d bundle up and head out to shovel the driveway, it seemed to grow in length with each snowflake. And just as I’d finish, here would come the snowplow and push the snow back onto the newly cleaned path, and I’d start again, a huffing and puffing.

Growing up, I’d join friends and strangers helping stranded motorist, they’d slid off the road into ditches, get stuck in their own driveways, and a gang of us would push them back on their merry way.  Knocking on neighbor’s doors with shovel in hand, I’d offer to shovel their walks for a few bucks, which came in handy when paying for guitar lessons.

I moved to San Antonio back in 2002, to take a job as a radio personality at Magic 105.3, it was without regret that I said goodbye to cold winters. But I miss the change of seasons, here we have hot and construction year round, with a quick dip into “chilly” during the winter months. I use to judge the passing of time by the change of seasons, now one year seems to seamlessly roll into the next.

So, making the trip to see family and spending time in 4 plus inches of snow took me back to a time when life was simple and responsibilities few.

We traveled from Peoria to Flagstaff, the scenery was beautiful, the mountains touching the clouds, snow on the trees, climbing higher and higher, ears popping and toes chilling.

We parked, we sled, we almost crashed into trees, we warmed ourselves with hot tea, peed behind trees and almost had our cars towed, it was an adventure!

I’m always amazed when people tell me they haven’t played in the snow, or even seen it outside of a dusting.

Here is what you’re missing:

*The beauty of untouched snow is awe-inspiring, makes your heart pound with desire to leave your mark.

*The sound of your boots crunching upon snow is a beautiful soundtrack to a winter wonderland ~ imagine eating cereal with headphones on.

*The silence of a snowfall is deafening.

*Once your feet get cold, all is lost.

*Don’t be surprised when your wet sledding hair freezes.

*Chap stick is your friend.

*Friends let you warm your hands in their pockets.

*The more weight on a sled, the faster you go ~ ride with a chubby buddy.

*A credit card can be used as a windshield ice scraper.

*Layers, it’s the only way to stay warm ~ fashion be damned.

*Always be on the lookout for a brother making snowballs.

Today’s Musing: Snow whispers it’s way to earth, each flake a universe unto itself. ~ Katrina Curtiss