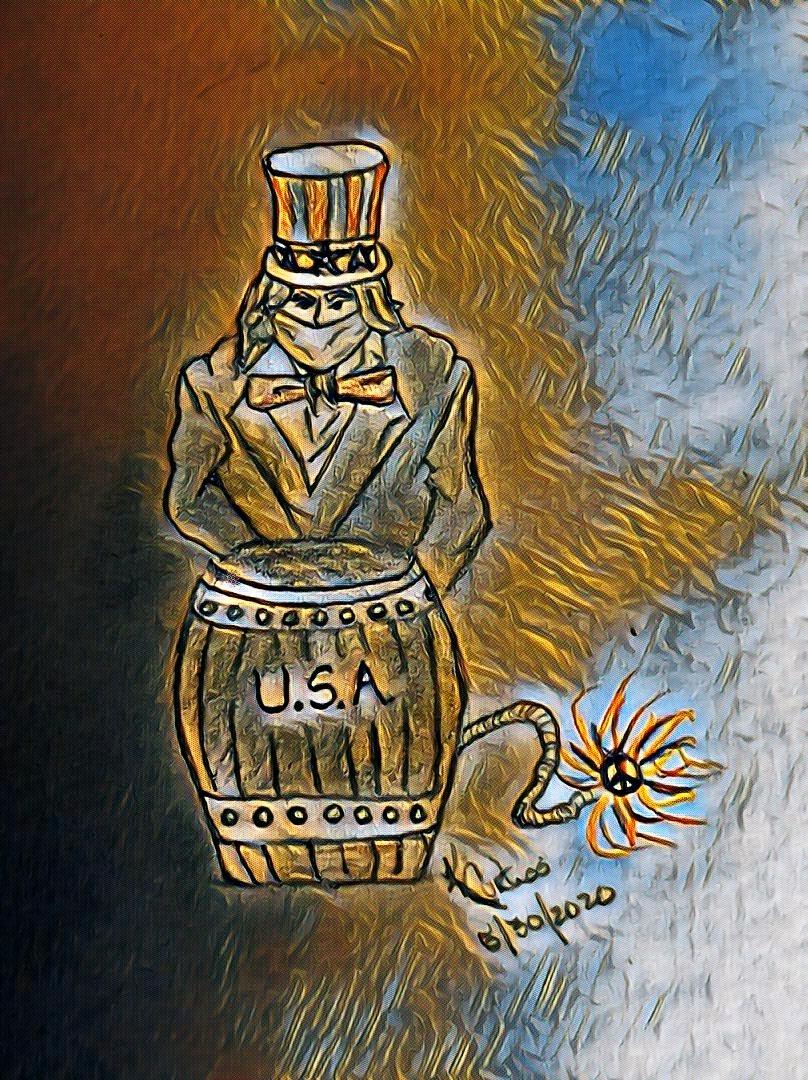 People are protesting, demanding justice for the death of George Floyd, it feels as his murder was the match that lit the fuse.

There was a keg made out of wood
Made to hold only the world’s good
But somehow, somewhere deep inside
Did our bad actions creep in and hide.

At first there were just a few
Just the bad things, that we knew
But then it began to fill to the top
As no one made the bad things stop.

As time went by the fuse was lit
It burned so fast and furious
The blast continues now day and night
As no one wins a winless fight.