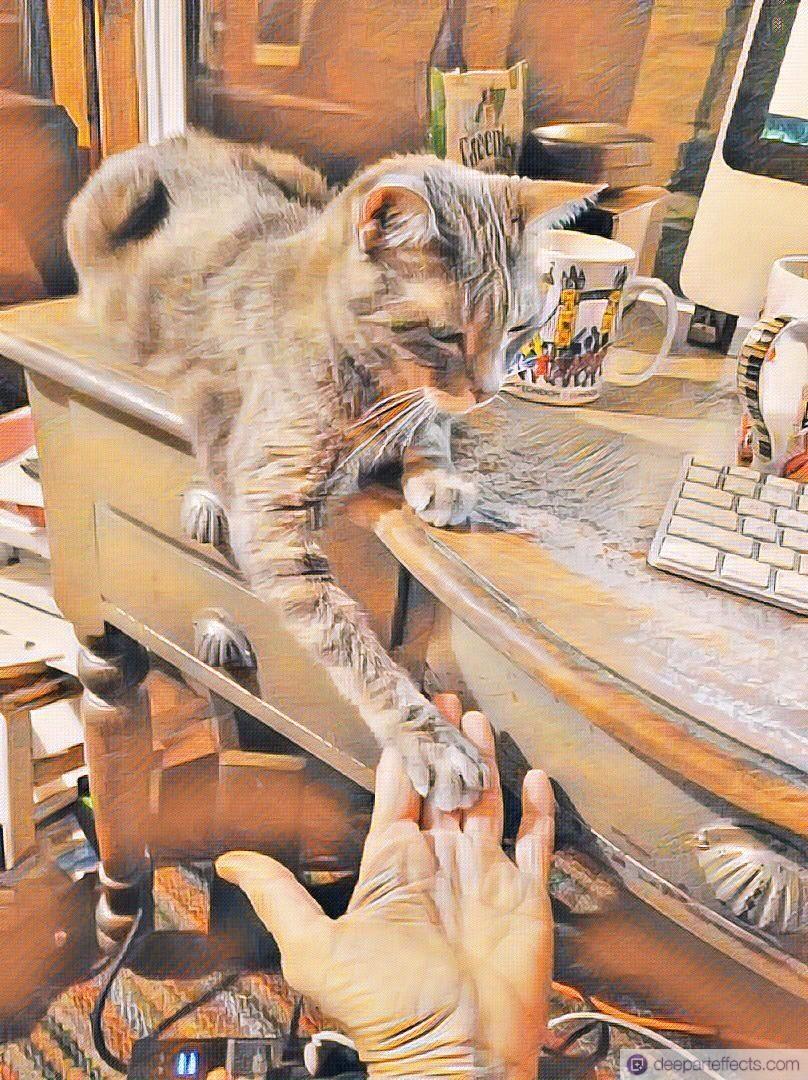 The Adventures Of Basura Continue…

Basura Cat just got back from another trip
This time, she had a new tattoo on her hip
I asked her where she had been
She said, “To Cat Island and I’m going again!”

“All the cats are every color under the sun
They spend their days singing and having such fun!
There are orange cats, and black cats and white ones too
Some speak in Swahili and some just mew.”

“I’d take you with me, but I’m not allowed
Because humans are too immensely proud
You’d want to put rules and rulers in place
Just look what you’ve done to the human race.”

“You honk on the road, you jump in line
Always on the look out, trying to find
The pot at the end of every rainbow
And then wouldn’t share it with those you don’t know.”

“We cats, we don’t bother with such things
We settle for what the Universe brings
It’s so much easier to accept what we’ve got
Instead of thinking of trying to own the whole lot.”

“Basura, ”I said, “That’s not always true
Aren’t I the one who loves and takes care of you?”
She puffed up her tail and tilted her head
And apologized for what she had just said.

I said, “It’s okay, sometimes we make mistakes
But try not to generalize for goodness sakes.”
She put her paw in my hand and we said a good night
Just because we disagree, doesn’t mean that we fight.

Today’s Musing: “Everybody thinks from their own Toy Box” ~ Quote by Basura, owner of me #girlwithguitar