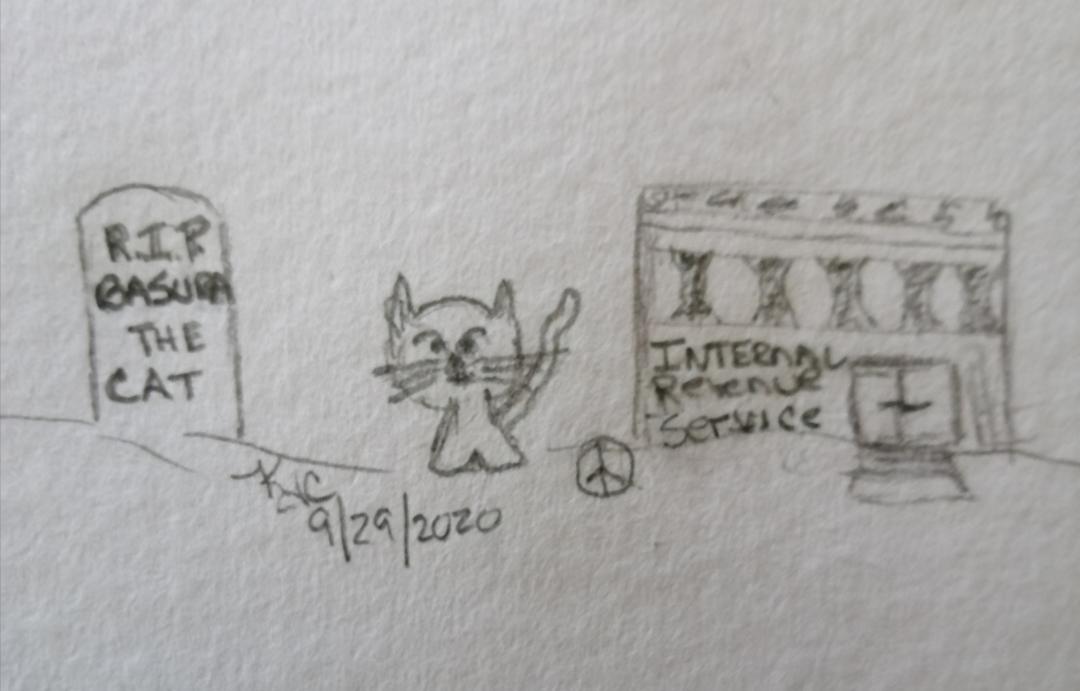 News was just released about Donald tRump’s taxes ~ or lack thereof. As usual Basura and I speak of matters in our world.

The Adventures of Basura continue…

Basura Cat woke me up in the middle of the night,
Terrified that she had done something not right.
“My Taxes!” She cried into my ear
“I never paid them, not one single year!”

She was so scared, she turned into clay,
I said, “It’s me not you who has to pay.”
“You’re a cat, all your life you’ve had to enjoy
Never having to worry about being employed.”

But then, Basura, started to bawl
Afraid that she had broken the law
She gave me every penny, she had ever found in the couch
She then sold all her play mice; she’s really no slouch.

“But our taxes help so many, I want to do my part!”
It seems that Basura Cat has a very large heart
I told her, “I pay, and Sofia does too
So in fact you’re part of a household of two.”

She asked, “Does everyone pay their fair share?”
“You’d think that they would, if they really cared.”
“No,” I replied, “Unfortunately not,
Especially those who live at the top.”

So together we sat and read where our taxes go,
And marveled at how the deficient grows and grows.
“It’s really true,” she said, “The simple truth of the fact is,
Two things are for sure, death and having to pay taxes.”

Today’s Musing: “I don’t like paying taxes, but I like sleeping at night” ~ quote Leonardo Del Vecchio. #girlwithguitar