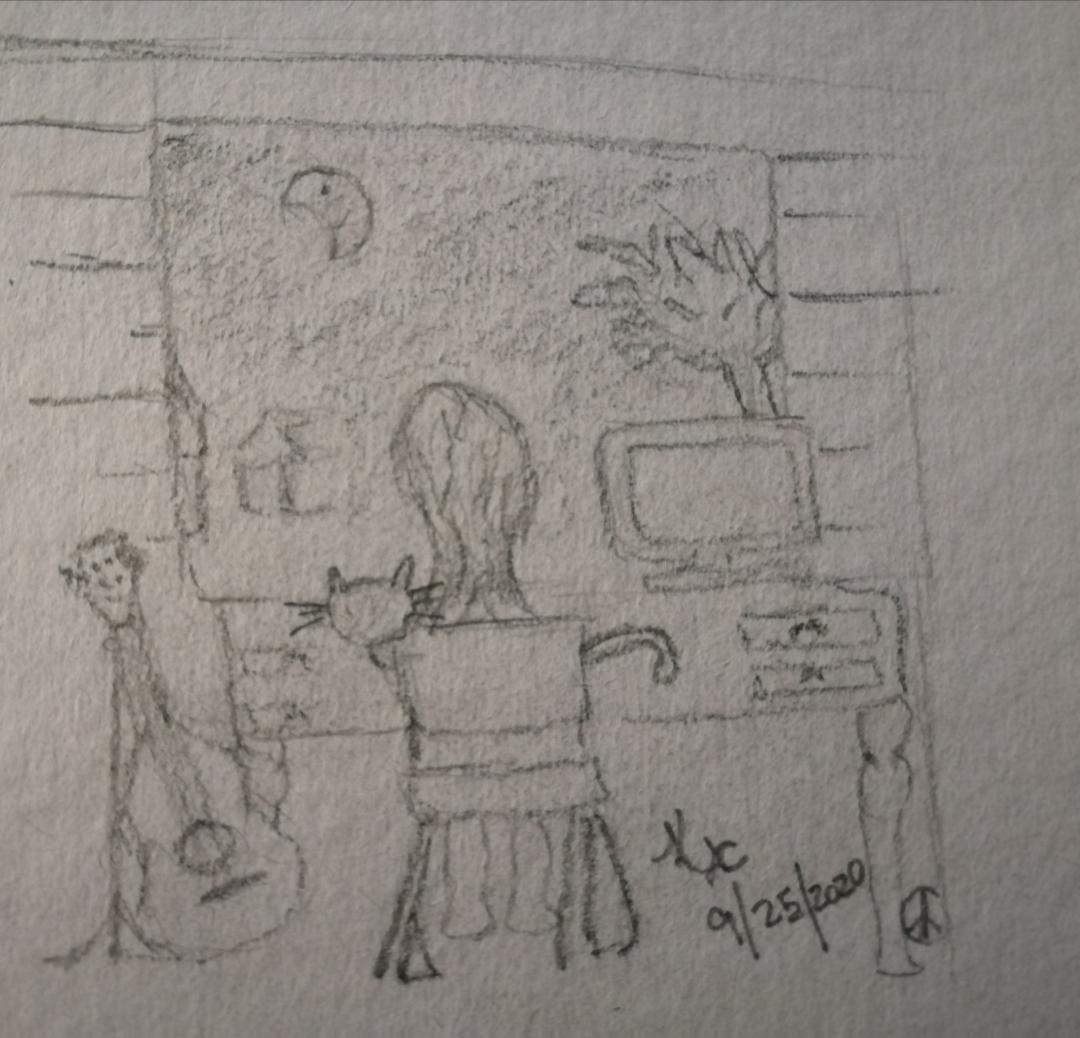 “Whatsup? Basura Cat said to me,
“Not much,” I replied, “What’s up with thee?”
“Not a thing,” she casually replied,
As we both watched the moon cross over the sky.

“It’s quiet,” she said, as I patted her head,
“Most of our friends are asleep in their beds.”
“But you and me, we’re sitting here in thought,
Of all of the things, this past year has brought.”

Some souls are closer, some further away,
We both, now measure the words that we say.
We’re waiting, watching, and both wondering,
What the rest of this year is going to bring.

“It’s been crazy,” she said, which I nodded was true,
Sometimes, it’s hard to know the right thing to do.
There have been gasps and disappointments and thrills,
Laughter on the way up, screams going downhill.

“We’ll be okay,” I said as her eyes met mine,
We move towards the light, the world will be fine.
It was just a conversation between my cat and me,
As the sun tries to catch the moon, in eternity.

Today’s Musing, “I’m glad I found you,” Basura to me, “I’m glad you found me too,” Me to Basura. #girlwithguitar