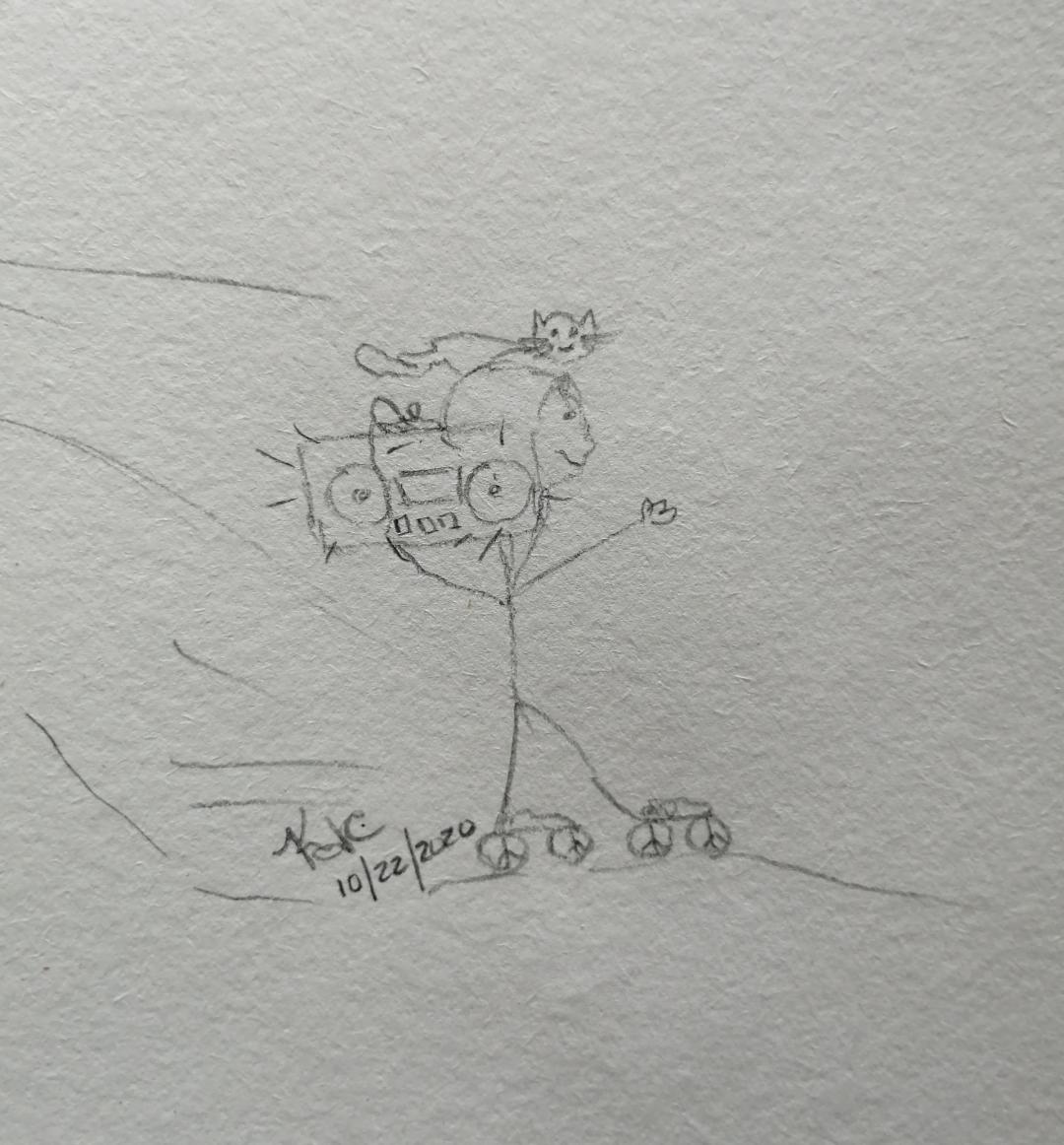 There once was a time, oh so long ago,
That music was hard to take on the go.
First a stereo that sat in the living room,
Then a box that played music, it was called Boom.

It was big; it was bulky to carry around,
With a radio, and cassette player that both made sound.
You could take it out and sit it on the street.
So while you played kickball, you could all tap your feet.

Everything ran on batteries, or you could plug it in,
Then switch out the batteries and make it mobile again.
Your favorite songs, piano, drums and guitar,
With your Boom Box, music was not very far.

Kids today wouldn’t know how to work a Boombox,
They’d say it’s too big to take on their walks.
But for those of us, who remember, when it was so.
It was the only way to take music on the go.

Today’s Musing: “Music is all around if, we are silent long enough to listen” ~ Katrina Curtiss #girlwithguitar