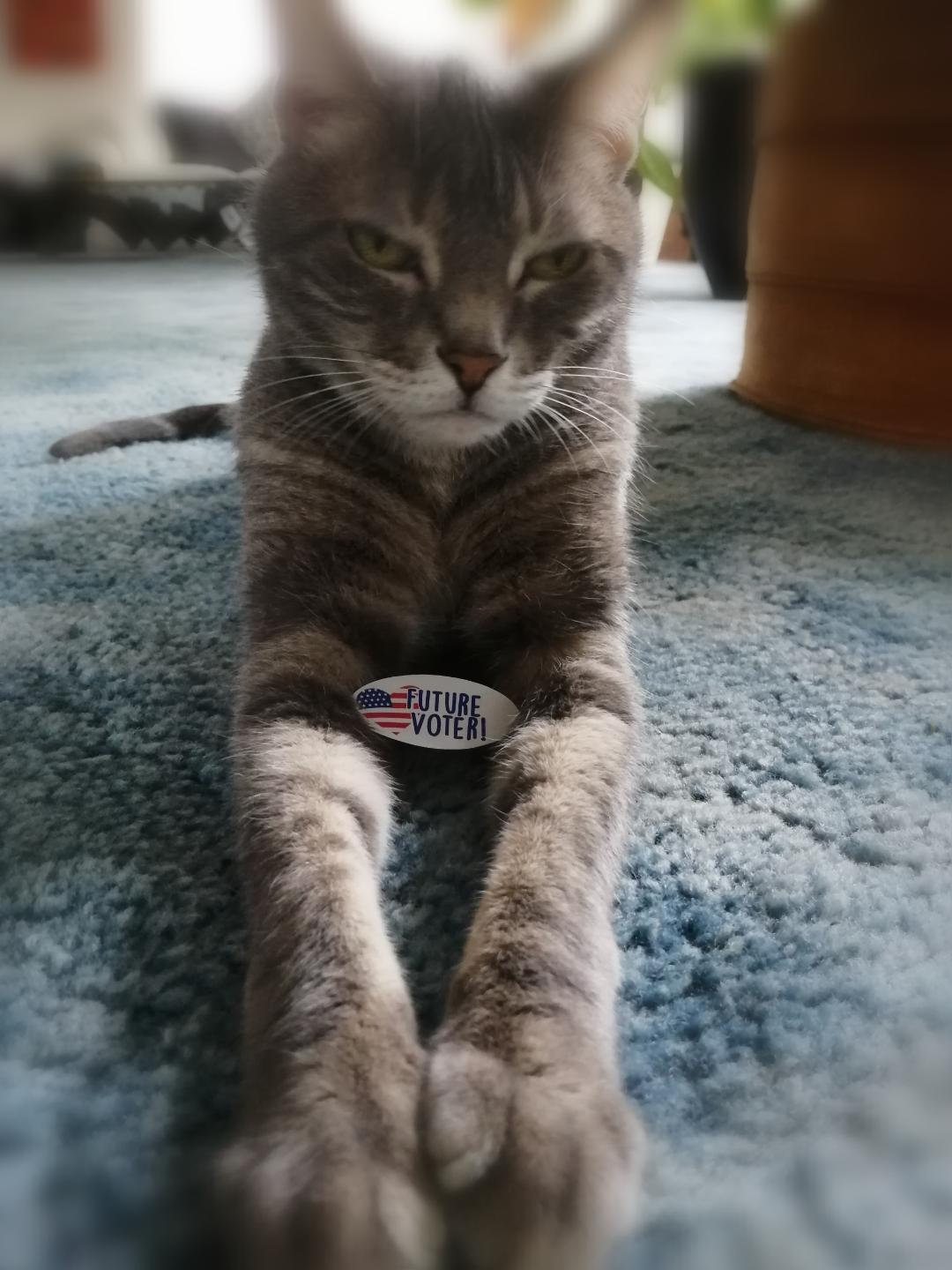 Basura Cat wants to make a trip up Capital Hill.
The fact she can’t vote for President makes her ill.
She wants to answer the Patriotic call.
When she talks about it, she starts to bawl.

“Basura,” I said, “Don’t get so upset.”
“Because pets don’t have the right to vote yet.”
“By the time we get your idea before congress,
The 2020 Presidential Election will be far behind us.”

She stated that animals are the best judges of spirit.
They can tell good from bad, as soon as they’re near it.
So their vote should be counted too.
Set up voting polls right in the zoo.

“Not this year.” I said, “But maybe next time.”
“I’m sure that your vote would be the same as mine.”
Only 13 days, until we see if we’ve won.
Every vote counts, each and every one.

Basura asked me to post her picture here.
To make sure her message is purr-fectly clear.
Make sure that you vote, be strong and be brave.
And let’s get ready to surf the Blue Wave!

Today’s Musing: “You mucked it up last time (2016), don’t let it happen again” ~ Quote by Basura, owner of me. #girlwithguitar