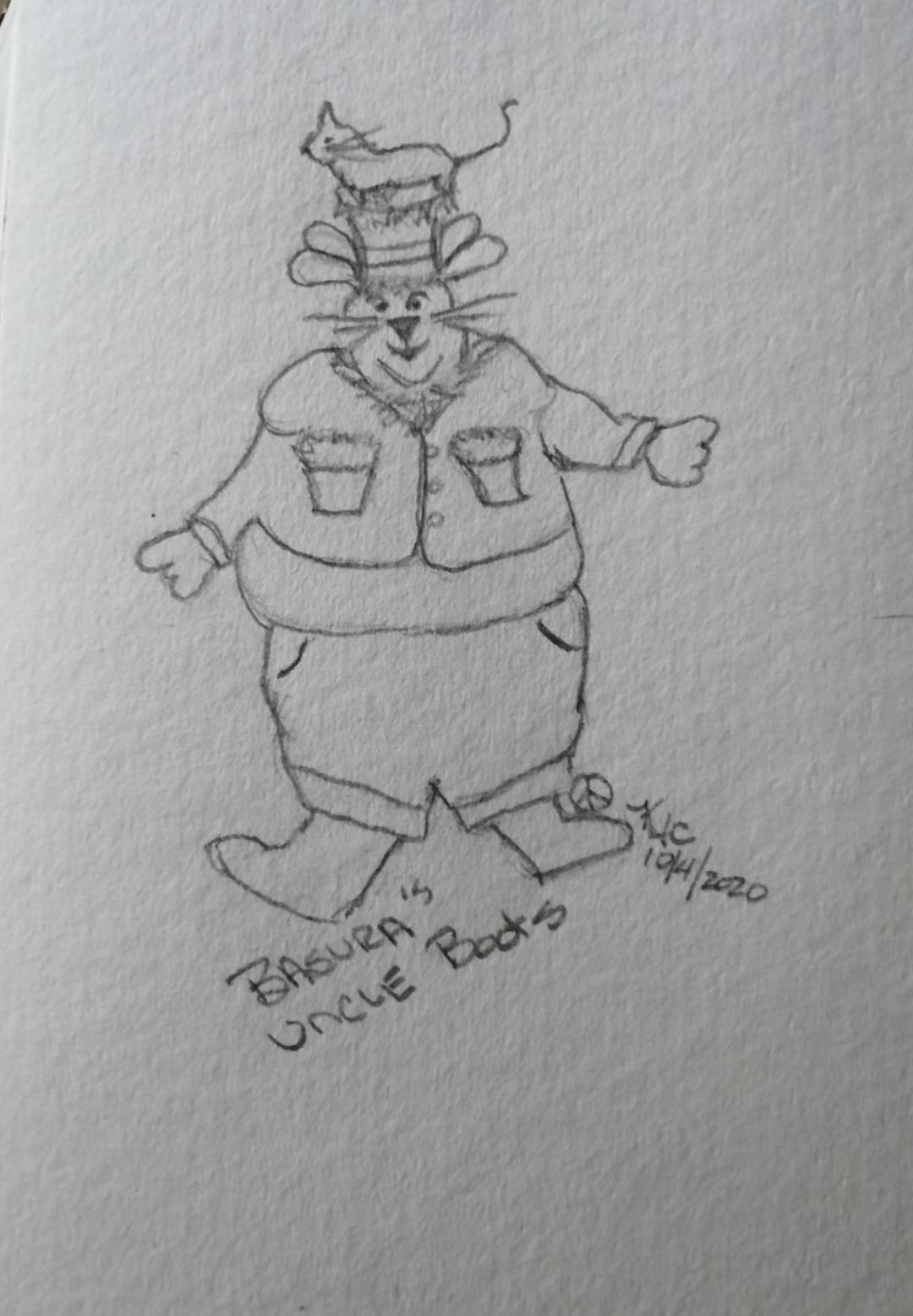 Basura And Her Uncle Boots 10:4:2020
Basura Cat asked me to check her DNA,
I thought what a strange thing for a cat to say.
She said she wanted to find more of her family,
Seems that she wants more than just her and me.
So a swab we sent off, no matter the cost,
Hoping in the mail, it wouldn’t get lost.
2 weeks later, we learned that she wasn’t alone,
When her Uncle Boots called on the telephone.
They talked and the chatted for hours on end,
Now the two of them have become such good friends.
With a knock on the door, not a word did I say,
When Uncle Boots, announced that he had come to stay.
Now let me be frank, and give you the facts,
Uncle Boots is not just a typical cat.
He stands like a man, and without a pause,
I tell you he looks kind of like Santa Claus.
Basura likes to sit on top of his hat,
It’s strange to see a cat sit upon his Uncle’s cat hat.
They whisper, they play and have lots to say,
My question is, how long with Uncle Boots stay?
Today’s Musing: “I think we need to find Uncle Boots a girlfriend” ~ quote by Basura, owner of me