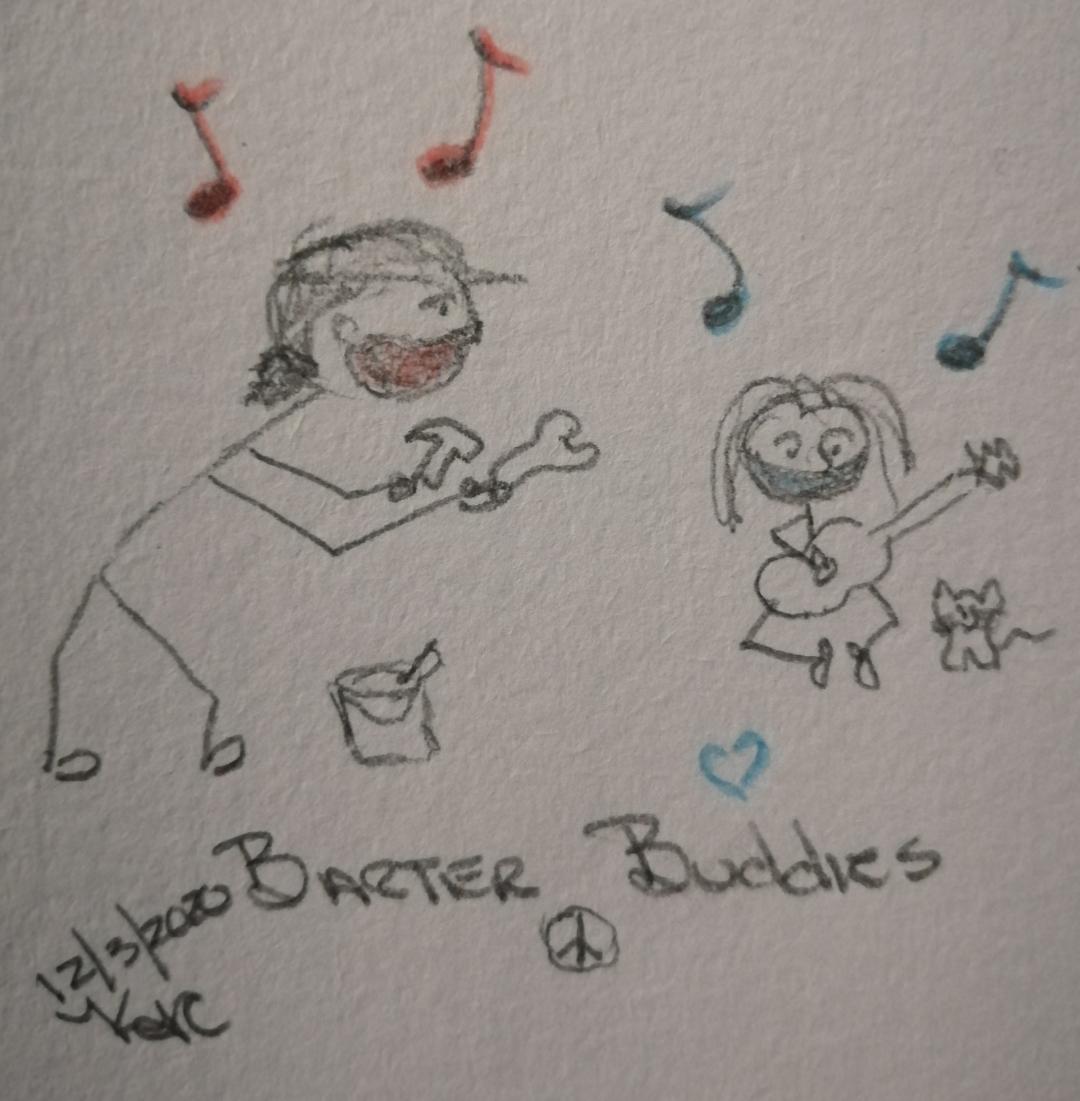 Pipe issue in bathroom, resulted in bathroom remodel, oy! I hired a guy I’ve used before.
To be honest, having contractors in the house is exhausting on the pocket book and the spirit.

All that was left was some plumbing, I asked a handy friend of mine. He said sure, but he never lets me pay him in cash, instead he wants to take a guitar lesson. I love this friend of mine, I have something he wants, he has something I want and we dance an easy dance. He’s an unassuming kind of guy, the kind of guy I want forever on my team. This is for Darrell ~ Sir, you are a prince among men.

I have a friend; I won’t mention his name,
He does things to help, never seeking fame.
I text him at odd hours, on random days,
Asking for help, always willing to pay.

The only thing he wants in return,
Is help with the songs he is trying to learn.
It’s barter at it’s very best,
As we both put our skills to the test.

I hope that you have a friend like mine
Who is smart, loyal and so very kind.
Then you can trade each other the things you can do
Spending time together to learn something new.

A Conversation With My Cat, Basura