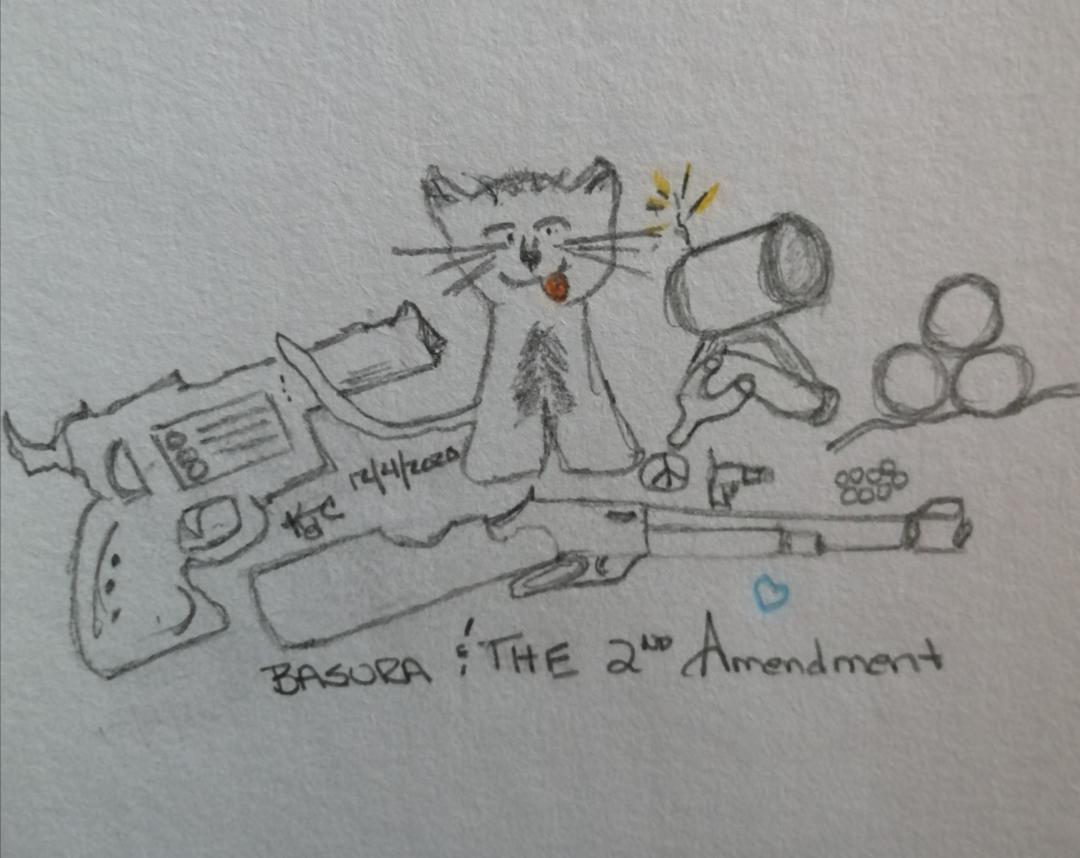 Basura And The 2nd Amendment 12 5 2020
My cat follows 45 on Twitter and everytime he cries about the 2nd Amendment, she believes him because as she says, “He’s the President, he would never lie about such important things!”
I have now suspended her twitter account, because I refuse to allow her to be whipped into a frenzy with his damaging rhetoric.
The “Mis~ Adventures of Basura continue.

Basura Cat came to me on the run
Shouting, “we must buy a gun!”
“They’re being bought at such a rate
We must hurry and not hesitate!”

“A gun?” I asked with much surprise
Her anxiety and fear I did not realize
Basura has not been sleeping at night
Even a cat, knows that something’s not right

“A gun will protect both you and me
Let’s buy one, two or even three!”
“No,” I said, “We’re not of that mentality,
We live not in fear, but in reality.”

But what if “they” take away my right,
To buy a gun, to join the fight.
“What if, what if, what if?” She cried
I listened to her as she cried and sighed

It’s sad to see a cat so distraught
Forgotten all the things shes been taught
To have faith in the human race
Not to hang her head in such disgrace.

The moral of this story you see
Is that we must have faith in humanity
Not rush into being rash
As hopefully January 20th, we take out the trash.

Today’s Musing: “It’s bad with the people you trust, lie to you…” ~ quote by Basura, owner of me. #girlwithguitar