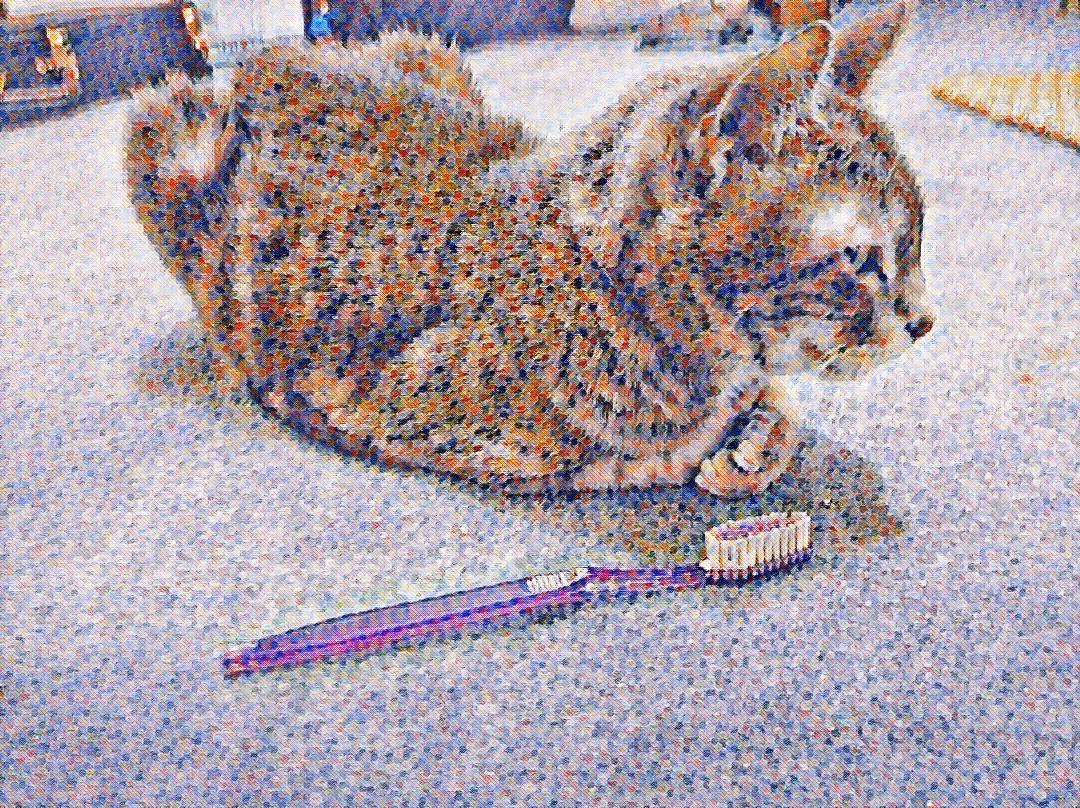 “Where is it?” she cried in such haste
“That tuna I ate left such a bad taste
I need to brush my teeth,” she scowled
“I need my favorite toothbrush now!”

But it was nowhere to be seen
So she tried to gargle with Listerine
I gave her a tic tack, she spit it back
It felt like a tic tack cat attack

She said, “I need to bush before I go to bed
Or my teeth will fall right out of my head.”
“Basura,” I said, “You can borrow mine
Until your special purple toothbrush we find”

She wasn’t having any of that
After all, she’s an especially hygienic cat
We looked in a can, we looked in a tree
Oh where oh where could her toothbrush be?

Suddenly we found it, frozen in some ice cream
It was the craziest, cattiest thing that I’ve seen
It seems that she had forgotten to put it away
After eating ice cream earlier that day

“So you were eating ice cream with your toothbrush?”
“Yes,” she admitted, she was in such a rush
The ice cream was melting and starting to run
So she thought she’d brush and eat, killing two birds in one

Today’s Musing: “Every tooth is worth a Million Dollars” Quote by Jeanne Marie Curtiss, mother of me #girlwithguitar