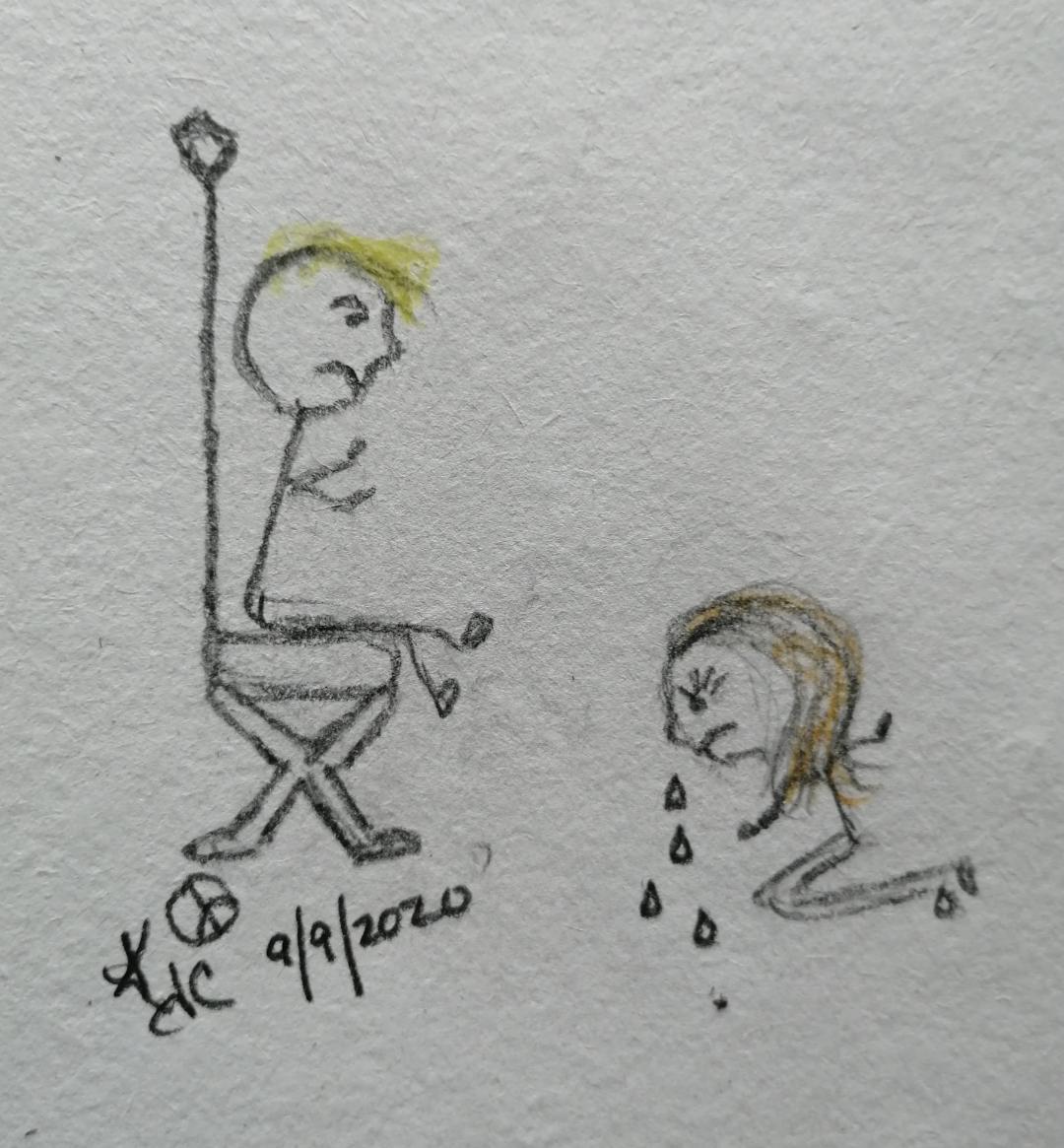 He Knew…it’s on tape, undeniable, irrefutable…He Knew.
It’s the worst relationship of my life, the one with him.
Feeling trapped, feeling betrayed, saddened by our tolerance for inappropriate behavior.
He lies and people say, “Oh well…” It sickens my heart.

It’s wrong, we had and have the right to know the truth, to be trusted as a nation.
But instead, we are treated like an abused spouse, dismissed and damaged.
How are expected to trust him with the truth, when he doesn’t trust us?

The Saddest Love Story Of All Time ~ by me 9/9/2020
Alternate Titles: “Trump And His American Mistress” or “The Worst Relationship Of MY Life”

All of her friends, could see the truth
The damage of his lies, betrayals, his deception
Her once bright eyes, now dulled in pain
Leave him, they said, I can’t she replied
I love him still.

She lost family and friends in favor of him
She lost trust, she lost herself
He’d boast his reign, she’d cheerlead him on
For to her, he was always, regardlessly right.

As other’s watched in sadness
She lost her beauty, her power
Once regaled as a Queen honored by all
She now faltered in a blind stupor of allegiance.

It’s the saddest love story of all time
How beauty was betrayed
And yet, as the rain falls
She Loves Him Still.

Today’s Musing: “You can lead a horse to water, but you can’t make him drink” ~ John Heywood 1546