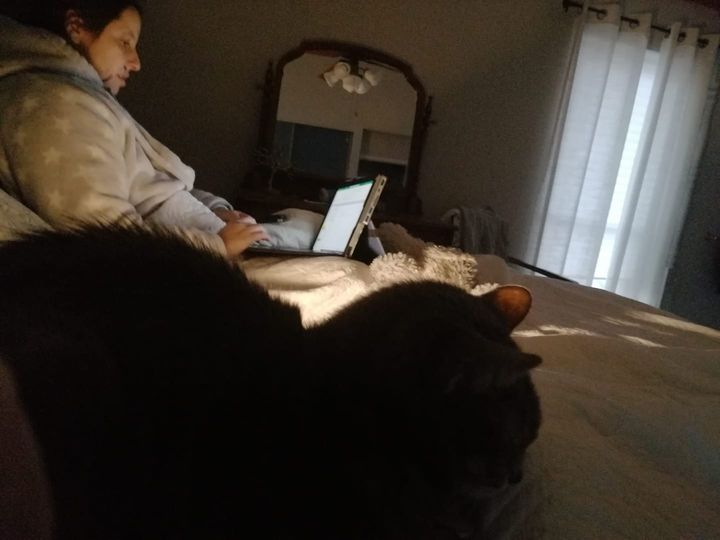 We just made it though a week of a terrible Winter Storm along with the rest of Texas.

At times, no heat, no electric, no water…

I wonder if other pet owners stayed home mainly because of their pets. Basura cried and cried during this week, I suspect that she was picking up on the collective wave of anxiety sweeping and swelling over the entire state.

Basura put on her mittens and hat,
She is a most amazing cat.
As the temperature dropped and the electricity stopped,
Up upon my warm lap she did hop.

When a pipe burst at the seam, Basura let out a terrible scream.
“If this is a nightmare, wake me up from this dream!”

As the power went out, the pipes began to freeze,
My cat started to cough, she started to sneeze.
We heated water on the BBQ grill,
To make her tea, so she would not get ill.

We huddled together to stay warm and eat food.
We told funny stories to lighten the mood.
It was just one week that felt like a year.
Mixed with sadness, anxiety and fear.

We now have many stories to tell.
About how we survived the Texas Snow Storm from hell.

Today’s Musing: “I know you say that you stayed for me, but I suspect it was because of your guitars” quote by Basura, owner of me. #girlwithguitar#WinterStorm2021#texasfreeze