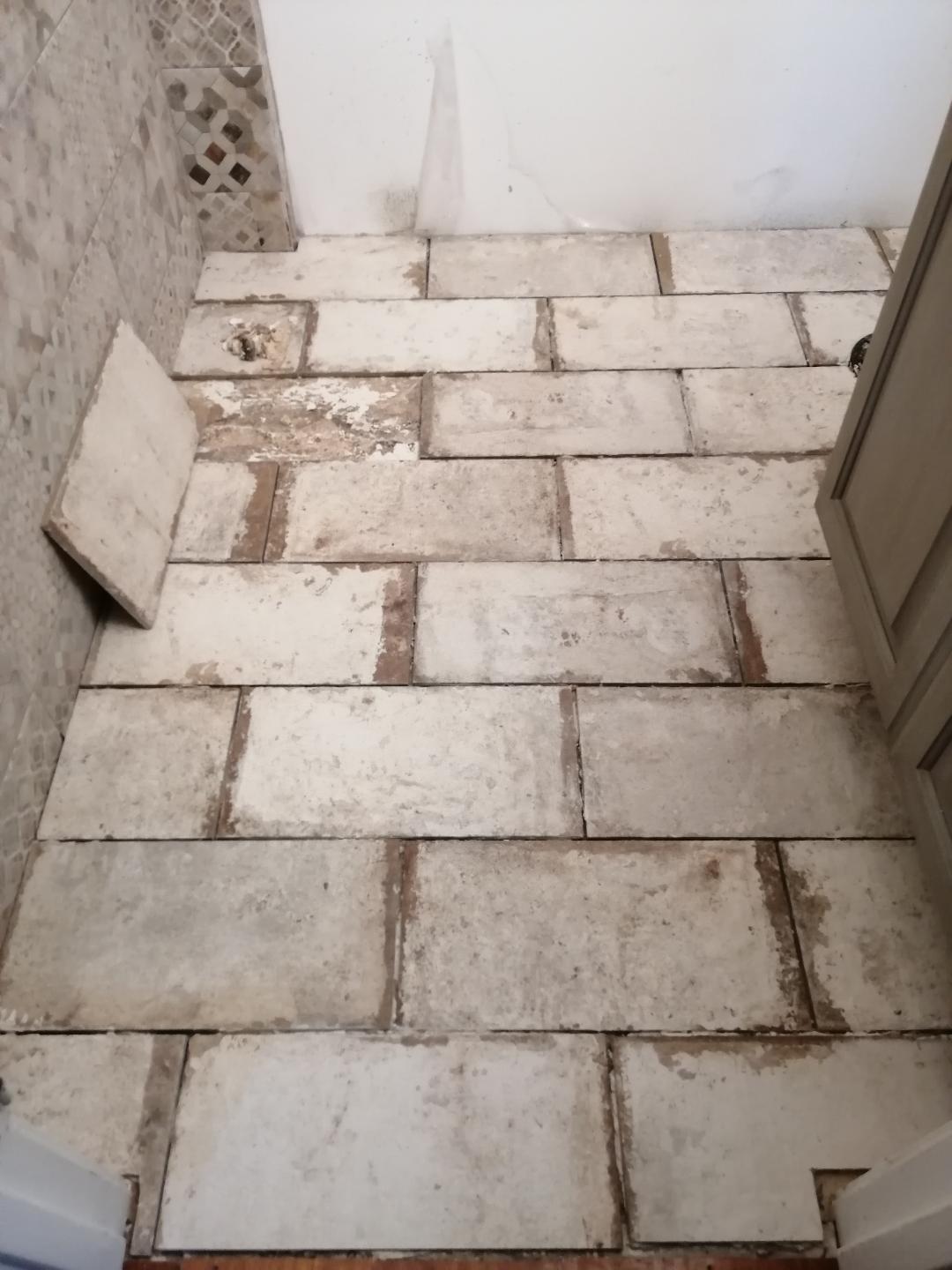 This is the work of a "professional"

After saving pennies, nickels and dimes it became time to remodel the guest bathroom. Install a bathtub, tile the walls and floor. I hired a small company who helped with the original remodeling of my space.
He said it was a 2-week job (it’s week #6), we moved forward into unfamiliar territory, trusting our guy to lead us to victory, across the finish line.

They started, we asked if we needed to put a water barrier behind the tile for the shower, he said no.

We asked if he shouldn’t put a water barrier on the floor before tiling, he said no.

We wanted the floor grouted before putting in the toilet, he said to put the toilet down first, grout afterwards. After researching this, the grout needs to go in prior to toilet to protect in the event of a leak.

We got trim for the wall tiles; he did a miserable job installing it, stating it’s not used for trim. This sent me to countless hours on YouTube, which showed video after video of the same trim being used by countless professionals.

The floor tile is coming up, he stated that it’s because we walked on it before it dried, we didn’t. It’s because he simply pulled up the old tile and slapped the new tile down, over cracks, over the old adhesive. The floor should have been prepared properly, he should have used spacers between the tiles, but instead he eyeballed it, saving him time.

The inset for shampoo and soaps slants backwards, a water trap, needs redone, in essence, most everything needs redone.

By chance, 2 different contractors have been to the house, both asked if I’d done the work myself, very surprised when I said no, both pointed out the same issues. Houston, we have a problem.

I trusted this guy, his “professionalism”, his word ~ in the middle of my project, he had to finish another project, so have been waiting for 2 weeks for him to come out today, to an appointment that he confirmed, cleared my schedule, only to have him text that it’s raining and he can’t make it (it drizzled a little earlier).

Via text he canceled today, no call ~ very impersonal since he was someone I considered a friend. Knowing myself, my frustration, my disappointment, not wanting to argue over the phone, I texted him my concerns.

His response blew my mind, saying that if I was unhappy then we could be done. No mentions of corrections, no concern for our concerns, we could just be done. He also stated that he should have charged more for his time, when he was the one who set the price in the first place! We didn’t ask for any favors, we just asked for him to do the job. He could have called, he could have come over, it’s still early and it’s not raining, he could have many things, but his response wasn’t of any solutions, it was to bail and blame.

So, we are done and I am now on the search for someone to come out and correct his mistakes.

In every situation, there is a lesson. My motto is get out of the problem and into the solution. As a result, I’ve become overly informed about tiling floors and trim. Having to watch video after video, speaking to professionals, basically learning what needs done so that I can helicopter over professionals doing their job.

You hear about home repair horror stories, mine isn’t one. It’s just a bathroom, just a something, but it’s my something.

So here I am, two steps before square one, having to find someone who says they know something about getting my something finished. I’m better prepared this time, like a cougar protecting her cubs.

I’d love to hear about your similar experiences ~ hopefully you have none.

Today’s Musing: “Everything you do, should be worthy of your signature” ~ Katrina Curtiss

How to install floor tile

How to install tile trim