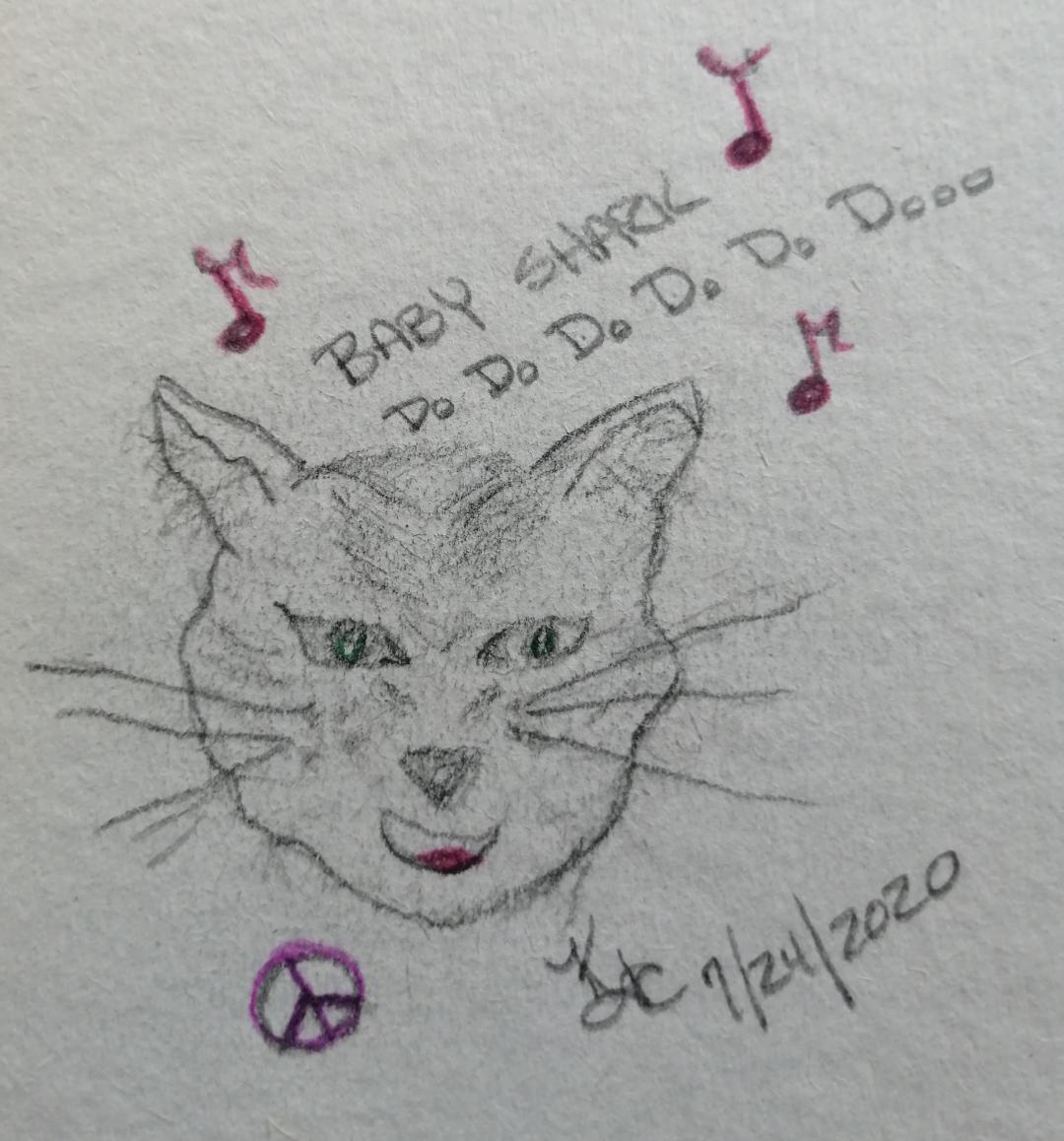 Being a music teacher, there are some songs that you have to learn so that you can teach. This is the biggest kids “hit” from 2019 (originally released in 2016). I have to admit, I felt kind of bad telling the kids to practice this song over and over…

Basura Cat was humming a tune
She hummed all morning and noon
She said, “its catchy, it’s quite a lark”
She was singing, “Baby Shark.”

“Stop,” I said, “I’m begging of you!”
As she sang, “Do doo dooo do do do dooooo”
That song was driving me out of my head
She continued singing as I hopped into bed.

Basura then learned the Baby Shark Dance
And all over the house she pranced
On the stove, the counter and sink
That cat almost drove me to drink.

She wouldn’t stop and the neighbors complained
Shouting “Shut your windows, that song is insane!!”
Basura said, I’ll quit before you explode
And then starting singing “Old Town Road.”

Today’s Musing: “The problem with Pop Songs, is that they keep popping up” ~ Katrina Curtiss #girelwithguitar