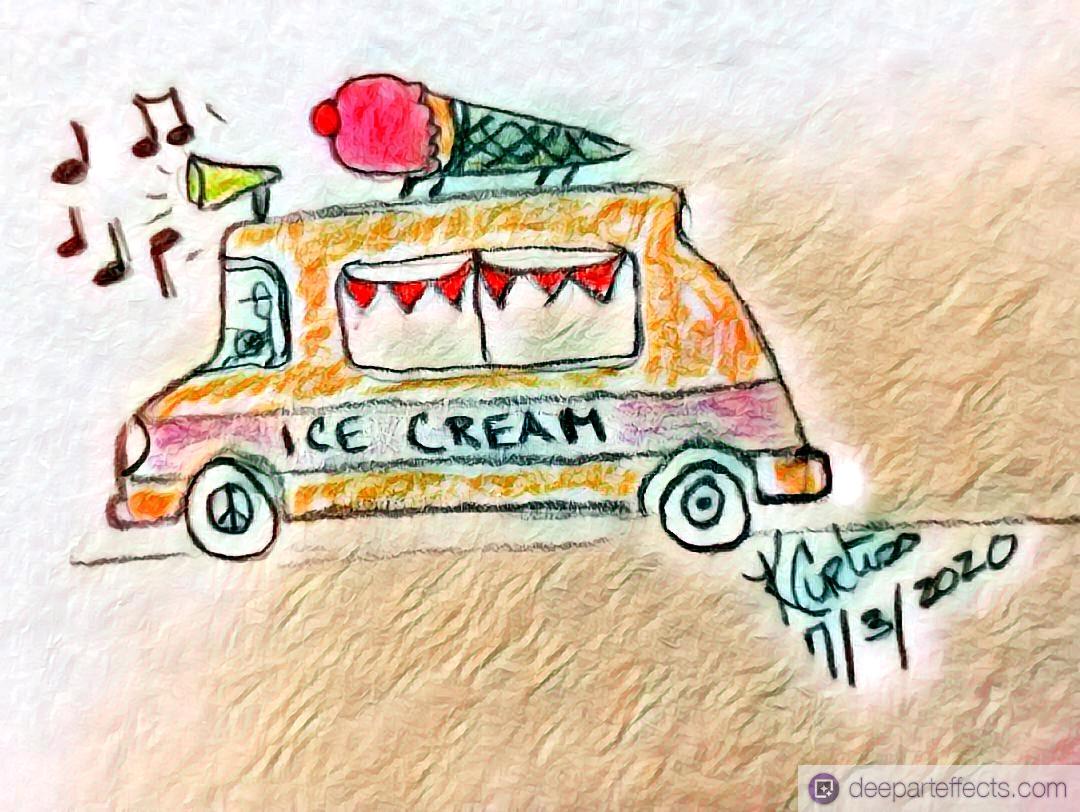 There’s an ice cream truck that haunts my neighborhood
I’ll never know if his goodies are good
I hear his music and run out my door
And then I don’t hear it any more.

I think it’s a ghost truck that haunts my street
The recognizable music, a horn that beep, beeps
I have tried my best to catch that truck
But as of yet, I’ve had no luck.

I’ve asked my neighbors if they’ve heard it too
They said, “Yes, Katrina, it’s nothing new”
“We’ve heard it for years, but no one has seen
The mysterious man, selling ice cream.”

I heard it just the other night
And in my pajamas with all of my might
Bare footed and fleet, I took to the street
Hoping against hope, this time we would meet.

But alas, there was nothing there
It was like he had vanished into thin air
Next time, just maybe, I’ll have better luck
Catching the mysterious man in ghost ice cream truck.

Random Thoughts on A Thursday by #girlwithguitar –Katrina Curtiss 5.26.2022