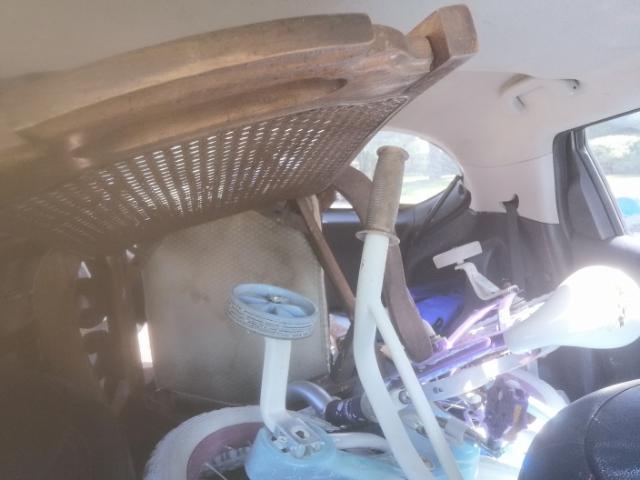 Living In San Antonio, Texas has it’s highs and lows, the highs = the people, the lows = Texans love their guns.

Bulky Collection has it’s highs and lows also ~ Sofia loves to run the neighborhood, like it’s Halloween, trick or treating for tossed out items that she can give rebirth to. It’s actually fun to watch, not so much fun with the lifting, deep cleaning and toting.
The one thing that it does, is bring a lot of strangers into the neighborhood. At 3am this morning, I was awakened by a loud truck, slowing going up and down our street, going through everything.
Growing up in Ohio, we never had Bulky Collections, we hauled it to the dump if no longer wanted, so it’s a great luxury twice a year to just haul it to the curb. On one of our ventures, Sofia commented that a person could actually furnish their house with the tossed out items.
I cannot help but think of where these useable items find themselves, was hoping that they could be recycled, but that is not the case. A huge truck with a huge claw came this morning, destroying everything that it picked up, a gently worn couch, mattresses, toys and much more is headed to a landfill.

There is something to be said for the Sofia Tomas’ of this world, the caretakers of things no longer loved.

Basura Cat and Sofia are in a fight,
It started on “Bulky Collection Pick-up” night.
Sofia left Basura at home, imagine that,
Saying there was not enough room for her favorite cat.

Sofia brought home so much stuff off the street,
Other people’s trash, she thinks it’s so neat.
Twice a year people throw out their things,
Oh, the happiness to Sofia it brings.

But Basura, did not get a thing, not a one,
And now our house is not very much fun.
Sofia offered her a seat upon a refurbished chair,
But Basura, said she just doesn’t care.

While one builds in her “She Shed” Basura, one sulks in her room,
The house is so quiet, like an old abandoned tomb.
It’s hard when those you love, bicker and fight,
One thinks the other is wrong, both think they’re right.

This morning, the city came and collected everything off the streets, now that the opportunity to gather is gone, hopefully, also will be their argument.

Today’s Musing: “Trash + Treasure = Trashure” ~ thought by Me, the one in the middle #girlwithguitar