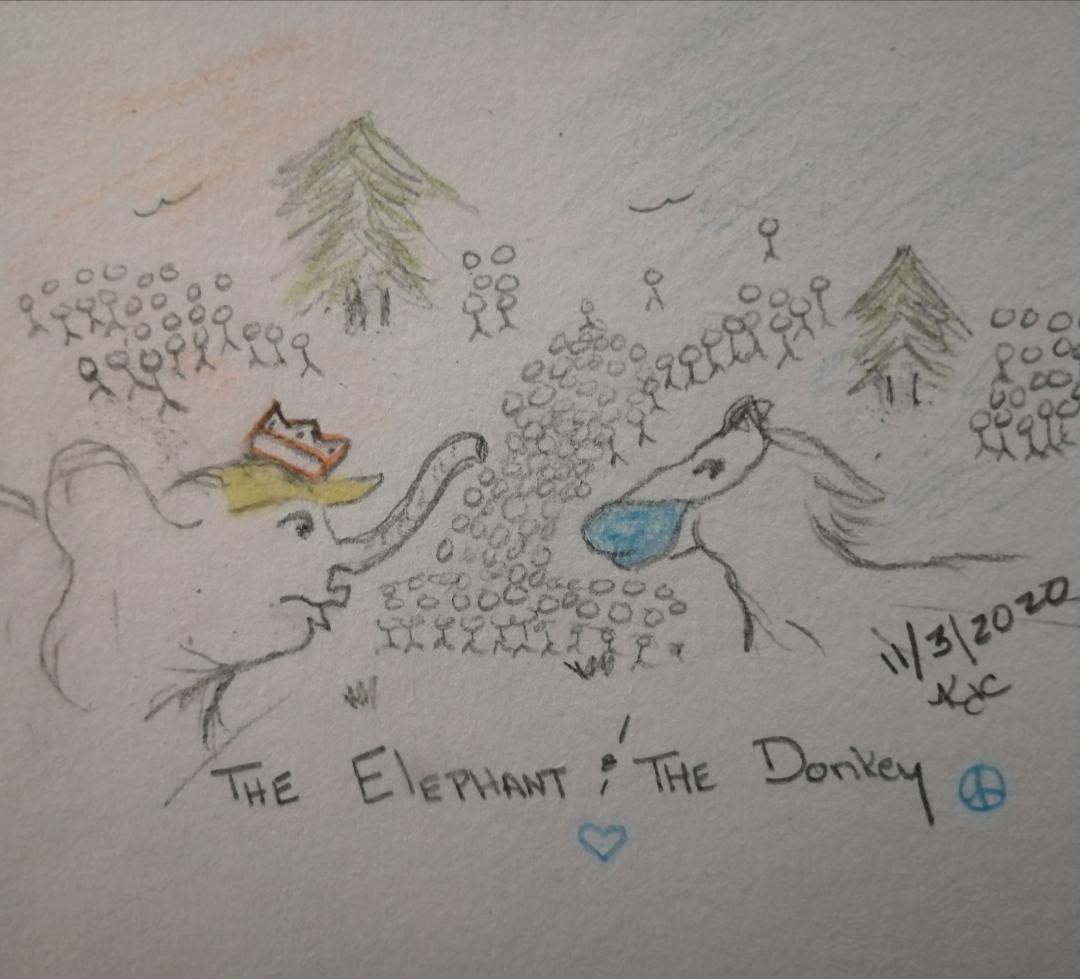 There once was an Elephant that thought he was smart,
He ruthlessly ruled and tore his kingdom apart.
Because he was so huge, they did what he said,
For he wore the crown on top of his head.

The Donkey could see that something was wrong,
And thought that the crown upon his head did belong.
He wanted to rule and to have his say,
And for everyone to do things in his own way.

So every 4 years they go toe to toe,
Trying to get us to go the way that they go.
Forced to pick one or the other, there’s no in-between,
They battle with money and words that are mean.

The rest of the Kingdom looks on from afar,
Watching the damage, the emotional scars.
Wondering why the two just don’t get along,
Working together to solve what is wrong.

The contest to win the votes to wear the crown,
Pushes everyone away, stomps them into the ground.
When the dust settles, what will we see?
4 years of the old Elephant or of the new Donkey?

Today’s Musing: “Why can’t we find the best of the best to do the best?” ~ Katrina Curtiss #girlwithguitar

My First Book Is For Sale! “Wanderings And Ponderings” by Katrina Curtiss