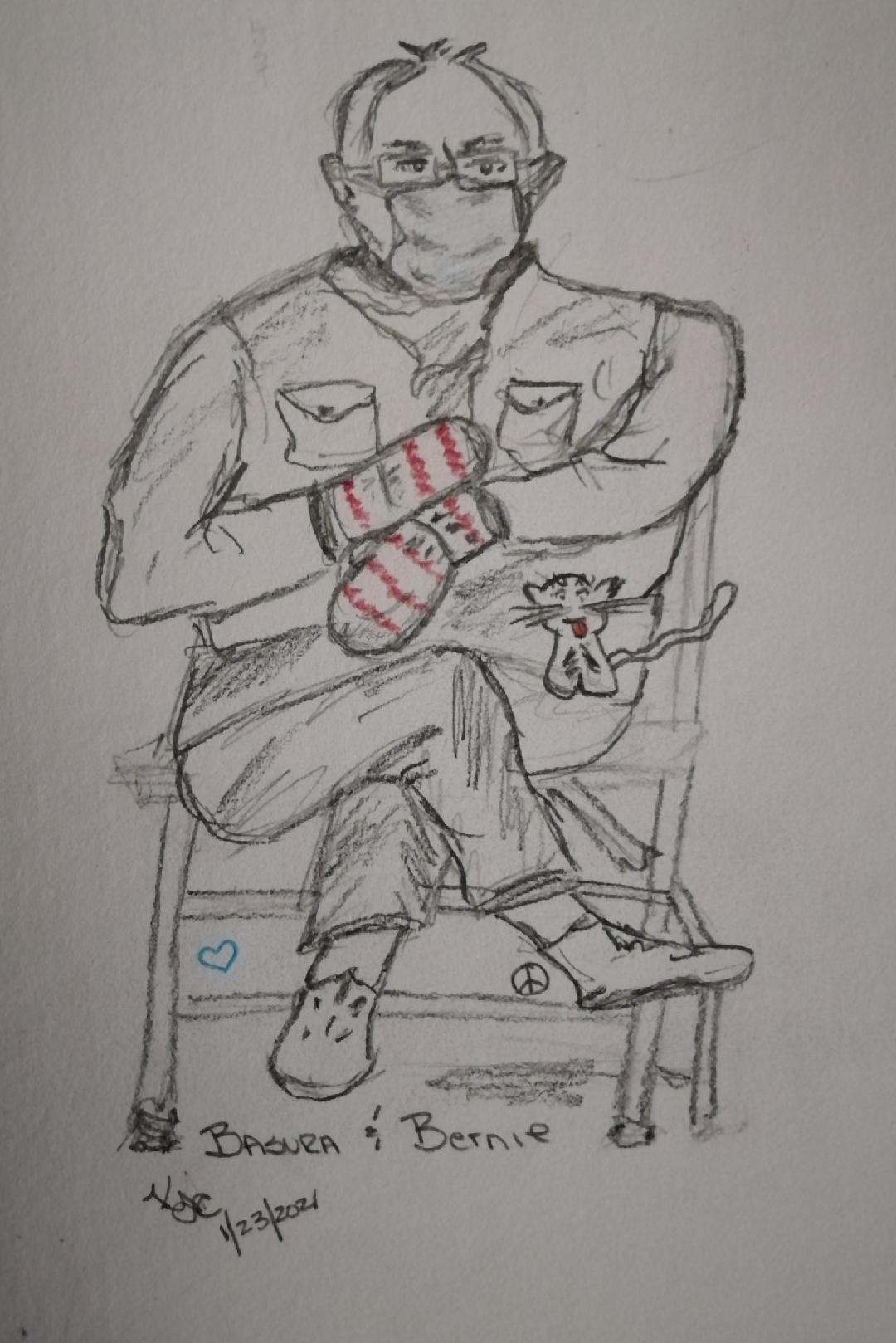 Bernie Sanders has captured the Nations attention in the form of a Meme ~ social media is running amok with pictures of Bernie in his Inauguration outfit when Joe Biden was swore as our 45th President on Jan 20th 2021. His mittens have smitten the country. Here is the story through the eyes of Basura Cat.

Basura Cat came to me and started to scream,
“I can’t take anymore of these Bernie Sanders’ Memes!”
“They’re using a picture of him at the Inauguration,
And putting him everywhere in the Nation.”

“He’s sitting on benches with Forrest Gump,
He’s in an old car, someone left at the dump.”
“He’s hanging upside down with a bunch of bats,
He’s selling taco’s, mittens, sweatshirts and hats!”

“Why I even saw on of him outside of our house,
I saw him wearing a orange skirt and purple blouse.”
“He’s in movies, on buildings, album covers and with The Spice Girls,
He’s driving Miss Daisy and letting Dolly Parton give his hair curls!”

“I saw him wresting and on the Dating Game Show,
Oh I wish he would leave, Oh, I wish it was so.”
“It’s all in good fun,“ I said, as day turned into night,
Better to laugh lightly, than to miserably fight.

Today’s Musing: “The Country is smitten with Bernie’s Mittens”  ~ quote by Basura Cat ~ owner of me. #girlwithguitar