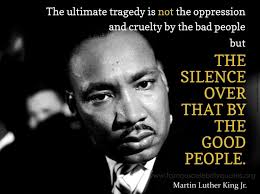 Some of us knew what he was going to do,
We knew who he was and knew what was true.
We knew that a snake oil salesman was in the White House,
We knew he was a liar, a cheater, and louse.

We’re sad now when truth has come to the table,
That some of you stand by his acts you enabled.
We’re sad that you fell into his trap and napped,
We’re amazed that you still believe all his crap.

With only 4 days left under his reign,
Military is out, the world seems insane.
But some of us knew, this would be our fate,
Thank God, we voted him out, hoping it’s not too late.

I was terrified when he was elected 4 years ago, it had nothing to do with politics, it had to do with him.

Know that if he had been a Democrat, I would have switched parties.

I thank those who have spoken out, who have taken a stand during this time. Its taken great courage to speak the truth, some of us have lost income, friends and family by standing up for truth. You know who you are, my hero’s, helping maintain sanity in a time of division. I respect those who have shared information with credible links, supported truths.

Stay safe and sane,
Much Love aways #girlwithguitar and Basuracat