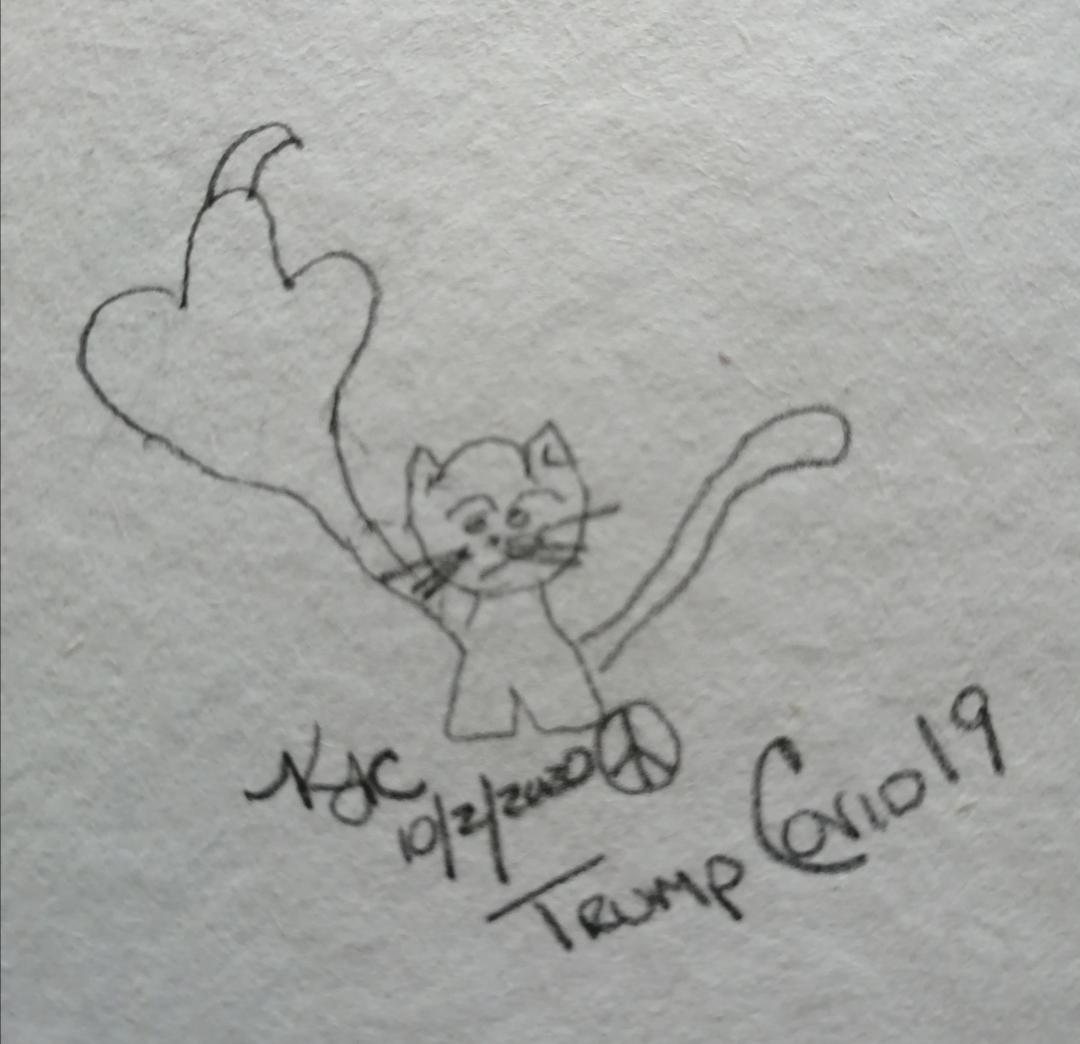 Basura Cat was up late reading the news,
Something that usually gives her the blues.
She jumped on my head just before 1am,
And I thought to myself, here we go again!

“He has it,” she cried, “And so does his wife!”
I couldn’t figure out what she meant for all of my life.
“The Donald,” she cried, “His wife Melania, too!”
“Thankfully, it’s no worse than the flu!”

But she ran around the house chasing her tail,
Saying, “He doesn’t want us to vote by mail.”
“He was so mean to Biden the other night,
If I debated him, I’d claw and I’d bite!”

“I think it’s a lie, he has taught us that it’s so,
He makes me doubt every truth that we know.”
COVID~19  is the same as the flu, he said, but it’s not,
It makes me feel good that it’s something he’s caught.”

“Basura,” I said, “Stop and meditate with me,
Your emotions have run away with thee.”
“I know that you’ve been frustrated with him,
But wishing him ill, upon this earth is a moral sin.”

But Basura said she believes it’s a lie,
That tRump isn’t sick, there’s no reason to cry.
It’s a trick, a sham by the “Shim Sham Man,”
Who will pull out all the stops to win, anyway that he can.

Today’s Musing: “It is what it is…”  quote by Donald Trump about COVID~19 during the height of the pandemic in San Antonio, Tx. #girlwithguitar