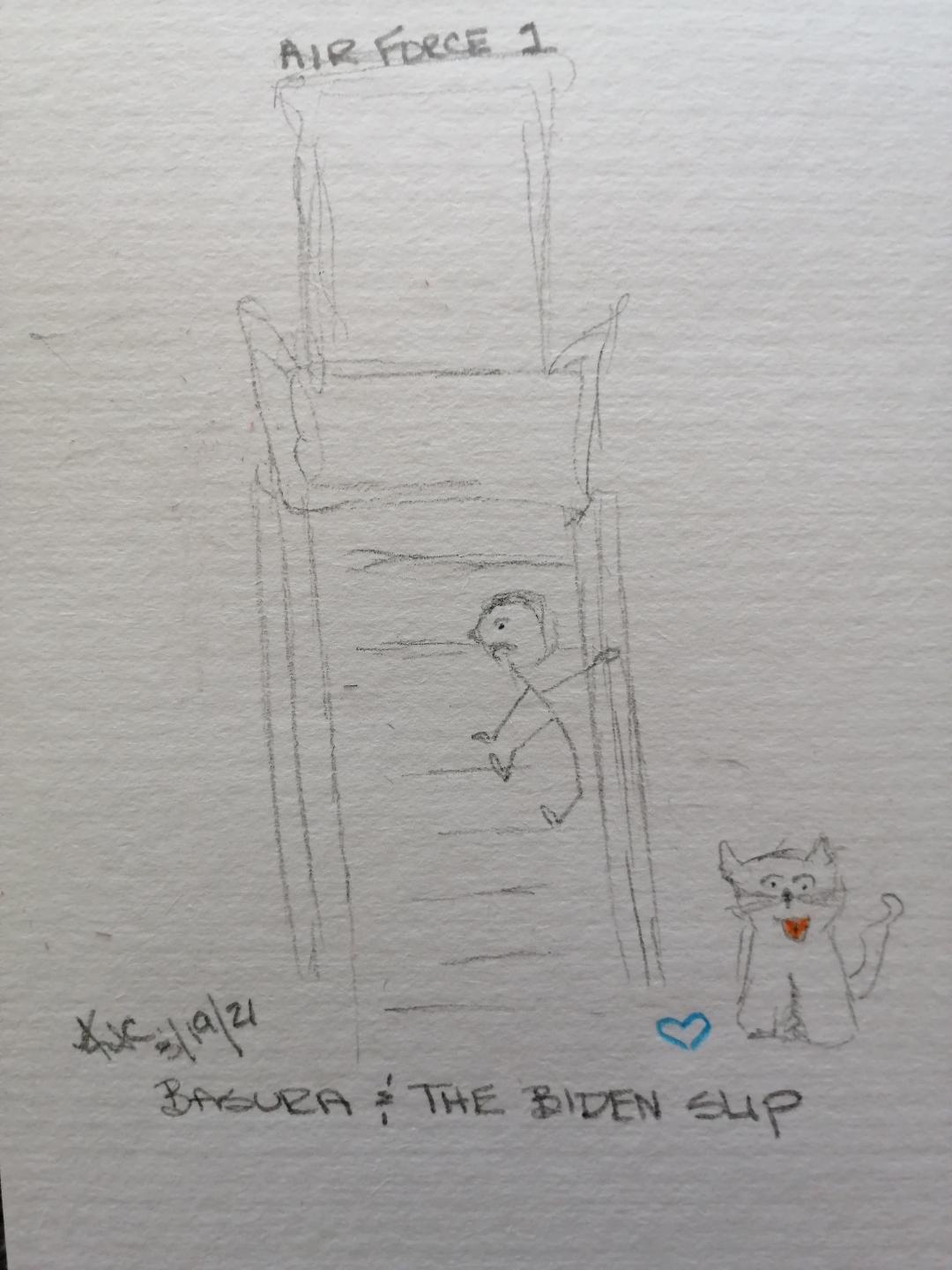 Basura Cat came to me with a frown.
Asking, “Did you see that President Biden fell down?”
He slipped on the stairs getting onto his plane,
And now mean people are saying his name.

Why would they make fun of something unkind?
I slip and fall all of the time!
I’ve seen you fall when you tripped over me,
You made such a sound, like a huge falling tree.

Our Commander In Chief is 78 years young,
Older then me, younger than some.
So he tripped, times 3 as he ran up the stairs,
As long as he is okay, I really don’t care.

Politics is such a nasty game,
Mud slinging, name calling, its always the same.
As soon as one side does anything askew,
We trash talk until our faces are blue.

***I pointed out to my cat that she made fun of our last President, to which she replied, “I only did it because he did, he made fun of women,
minorities and the handicapped.”
Point taken by cat friend, point taken.